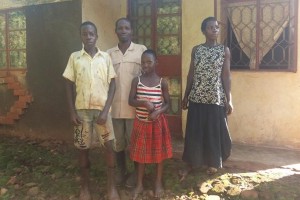 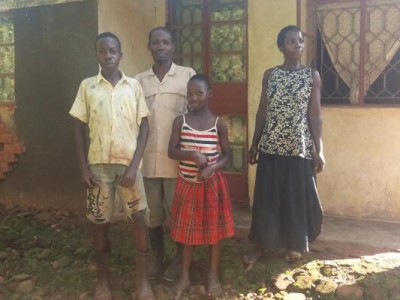 After losing his job, and his family’s primary income source, Mr. JJS is using Wamukisa’s training sessions to rebuild his life and income. He is combining skills he has learned in resource management, soil maintenance, and goal-setting to gradually replace his lost income and give his children the opportunity to grow up healthy, educated, and trained to earn an income.

Mr. JJS grew up in Kikondo and left as a young man to take a job as a radio technician for Uganda Broadcasting Corporation. In 2015 he was retrenched during down-sizing and he returned to Kikondo. This was a difficult transition. Mr. JJS had been training and working as a technician and had lost much of the knowledge and skills he needed to be an effective farmer. 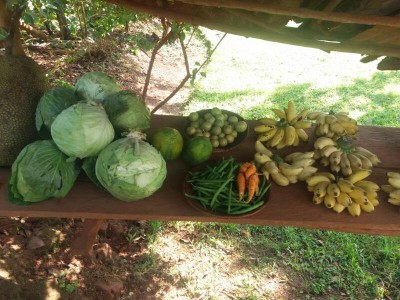 The next sessions they attended were about soil maintenance and vegetable growing. This inspired them to start their own organic vegetable gardens. Mr. JJS particularly enjoyed these sessions because they re-taught him skills which he had lost while living and working in the city. While the family was tending their garden and waiting to begin harvesting they attended a training session Wamukisa offered about setting SMART Goals. Mr. and Mrs. JJS agreed that they wanted to continue improving their home agricultural activities. This will require more water so the family set a SMART Target of saving 1,500,000 UGS (US $447) by the end of 2017 so they can buy a 5,000 liter water tank.

To help reach this goal, the family built a stall to sell vegetables from their garden as well as other produce from around their farm. They hope to continue adding produce to their stall as they further develop their farm.

When they purchase their 5,000 liter tank, they will be able to expand their organic vegetable growing and also introduce livestock. They dream of getting enough money to purchase a larger plot of land to expand their farm and also of expanding their kiosk to include a variety of produce, livestock products, and other merchandise.