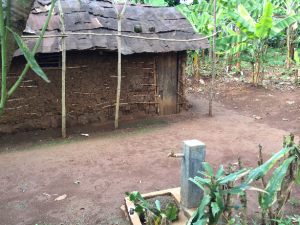 The nine families who received water connections in Phase 1 of the Mkyashi Water Project have been fulfilling their promise of acting as best-practice examples for other families interested in receiving water connections. Their commitment to low Total Cost of Ownership (TCO) management, proactive maintenance, and timely bill payment enabled the group to hit its one year savings target of roughly US $300 in its first six months of operations.

All nine families who received connections are now part of a water committee that manages the water distribution system. The group used lowest TCO management when they decided to charge themselves 40 TZS (US $0.02) per 20 liter bucket of water instead of the 18 TZS per bucket that government connections charge. Even though the decision to charge a higher price was more expensive for them in the short-term, they understood the importance of getting money into their maintenance budget as soon as possible. If they did not have enough money to fix a problem the system downtime could cost the project – as well as the families dependent on it – much more money in the long-term. They also agreed that once they had a comfortable amount in their savings and once more families were connected to the system they could discuss reducing the cost per bucket. It would be much easier to get the community to buy in to a cost reduction for a functioning system than to request a cost increase to fix a non-functioning system in the future.

The water committee used proactive management when it improved the security infrastructure around the water collection box which also houses the water pump. A barbed wire fence was erected and trees were planted around the collection box to prevent children from playing on the box or thieves from trying to break in. If someone does break in and cut through the fence, they will have to cut through multiple locks which the committee bought to further improve security.

Finally, timely bill payment has been key to making all of these principles work in practice. The group hopes their dedication will pay off for both themselves and their neighbors. They are looking to add three new families to the project in the near future. Continuous expansion will benefit neighbors as well as group members, who may be able to reduce their own costs of water.