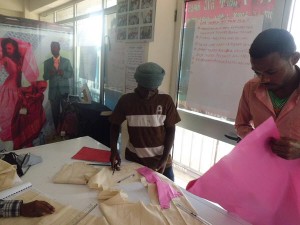 At the beginning of 2014, six boys were enrolled and attending vocational training (VOT) in tailoring; three of these boys were funded by the grant from Better Lives. These boys have finished their training and have begun apprenticeships as tailors. A further two boys (who are also funded by Better Lives) are ready to commence VOT training when the next course begins.

The boys who have moved on to independent living are disciplined and well behaved, and they’re maintaining their jobs at the companies where they work. One young man registered for evening classes to resume his schooling. He came to Retrak’s Drop-In Center to pick up his school document for registration in this new program. This young man informed the staff that he and most of his friends who had VOT are now generating monthly incomes of 3,000 – 4,000 ETB ($150 – $200). He proudly informed Retrak staff that in the near future he would be buying a sewing machine and setting up his own business. 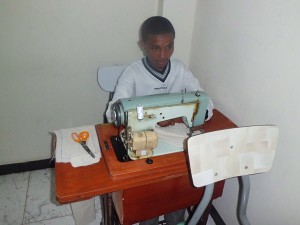 The garment industry has begun a dramatic shift as more and more manufacturers are relocating their facilities from East Asia to Ethiopia. This bodes well for Ethiopia and for the youth who are a part of Retrak’s Vocational Training Program.